Buying or Selling a Home

What Is A Property Survey And Why Is It Important?

THE MATERIAL CONTAINED IN THIS ARTICLE IS PROVIDED FOR GENERAL INFORMATION PURPOSES ONLY AND DOES NOT CONSTITUTE PROFESSIONAL ADVICE.LANDMARK HOME WARRANTY DOES NOT PURPORT TO BE A SUBJECT MATTER EXPERT WITH REGARD TO THIS MATERIAL, AND YOU SHOULD CONDUCT YOUR OWN RESEARCH AND/OR SEEK THE ADVICE OF APPROPRIATELY QUALIFIED PROFESSIONALS WITH REGARD TO YOUR SPECIFIC CIRCUMSTANCES BEFORE YOU TAKE ACTION. LANDMARK HOME WARRANTY ASSUMES NO RESPONSIBILITY, AND SPECIFICALLY DISCLAIMS ALL LIABILITY, FOR YOUR USE OF ANY AND ALL INFORMATION CONTAINED HEREIN. 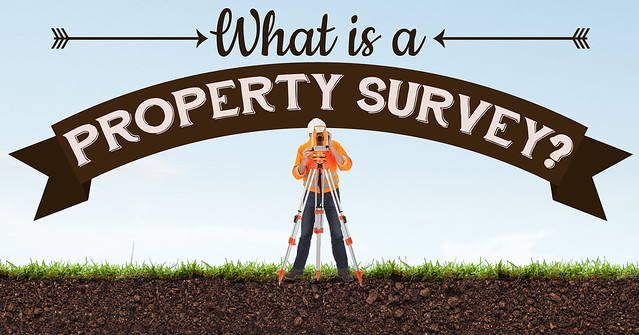 There's a lot of research you have to do when you're thinking of purchasing an investment as big as a home. This research is also called completing due diligence, which is a real estate term. Essentially it means that you know exactly what state the house you want to buy is in, and that you'll be prepared for whatever happens. (Of course, with some things out of your control, you can cover them with a home warranty or home insurance.) If you want to see a list of what your due diligence looks like when buying a home, we have published the Complete Guide to Due Diligence here.

One of the things that you should complete (but sometimes don't have to, depending on your mortgage company) is a property survey. It may not seem like a big deal, but not having a property survey completed, and not following up with the surveyor can create some disastrous results. Don't believe us? Just wait. But first, let's look at what a property survey actually entails:

What is a Property Survey?

A property surveyor will research into the property before they even look at the land. They'll research the history of the deed and may include a title search. This title search makes sure there are no discrepancies when it comes to who owns the land. All property surveys begin with research into legal descriptions about the land they'll be surveying and its history. Then, the surveyor will actually go out to the property and sketch out the land, its boundaries, and different elements that make up your property. This is called the fieldwork. After surveying, they will provide a type of map detailing the property's legal boundaries. The survey will also include a written description of the property, the street address, the location of buildings and adjacent properties, and any improvements a homeowner can make to the land.

A property survey also includes things like right-of-ways and easements. These are elements that detail what to do with shared yards or driveways, or if your neighbor has a right of way to the street or alleyway between your homes.

Your Due Diligence with a Property Survey

Sounds simple enough, right? Your property survey tells you about the property you're potentially going to purchase, and any stipulations that come with it. It's still important to complete your due diligence when it comes to a property survey. First, get multiple quotes from surveyor companies, and pick the one that works best for you. Then, make sure you go with the surveyor to attend the property survey. You will learn more about the land you might buy, and be the first to know about any potential problems. Finally, follow up with any questions once you've seen the property survey.

Why a Property Survey is Important

It may not seem like a big deal for some, but completing your due diligence when it comes to the property survey can save you from making a very costly mistake, like building your home on someone else's land.

Bonnie and Kim Bowman did just that. A few years ago, daughter and mother Bowman purchased a plot of land in the small town of Stockton, Utah. They built a home, where they're now living. The only problem is, the home they built wasn't on the property they bought. Lamar Penovich owns the property where their home resides.

KUTV's Get Gephardt investigated the situation. Apparently, Bonnie and Kim were shown the incorrect lot by their real estate agent, and agreed to buy the vacant land. When the final deed was completed, the only thing that identified the land was a Tax ID number, which showed which plot of land was which on a plot map at the county recorder's office. The Tax ID corresponded to a plot of land that was down the street from the land they were shown and thought they were buying.

Then, the real trouble begins. The Bowman's hired a construction company, who applied for a building permit on Lamar's land. The permit was issued, and the Bowman's home was built. According to Gephardt, the city attorney says that it isn't the city's responsibility to make sure the person building the home owns the land.

Unfortunately for the Bowmans and Penovichs, there's not easy way to get out of this mess. It will most likely end up in a courtroom.

You may think this is a once in a lifetime occurrence, but unfortunately it has happened more than once. For example, a Rhode Island developer Four Twenty attempted to sell a 1.8 million-dollar-home in 2011. When the potential buyers hired their own property survey of the land, they found out that the home had been built on the land of a public park. The developers were ordered by the RI Supreme Court to remove the home to a piece of property the developers actually owned.

Luckily, the potential buyers hired a property surveyor and were able to point out the issue (and not purchase the problematic home!) That due diligence saved them from buying a very costly mistake.

Buying or Selling a House

Looking to buy or sell a house? Are you a real estate professional seeking helpful resources to educate your clients? These articles will help walk you through the process of buying or selling a home.

Don't miss out on our monthly newsletter! Sign up to get tips on everything about home ownership, from maintenance tips to home selling advice delivered to your email once a month.

Get a Free Home Warranty Quote!

Input your information and get a free, personalized home warranty quote. You can customize the coverage and pricing to fit your needs. Experience what over 70,000 homeowners already know: A Landmark Home Warranty helps provide protection for your home and budget!